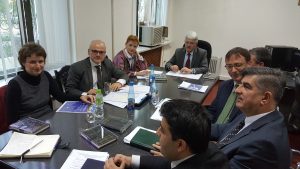 The EU funded project “Safeguarding Against Fiscal and SOE Risks” was successfully implemented from December 2013 until March 2017. The beneficiary was the Ministry of Finance of the Republic of Tajikistan, specifically its SOE Monitoring Department (SOEMD).

Key achievements of the project are: